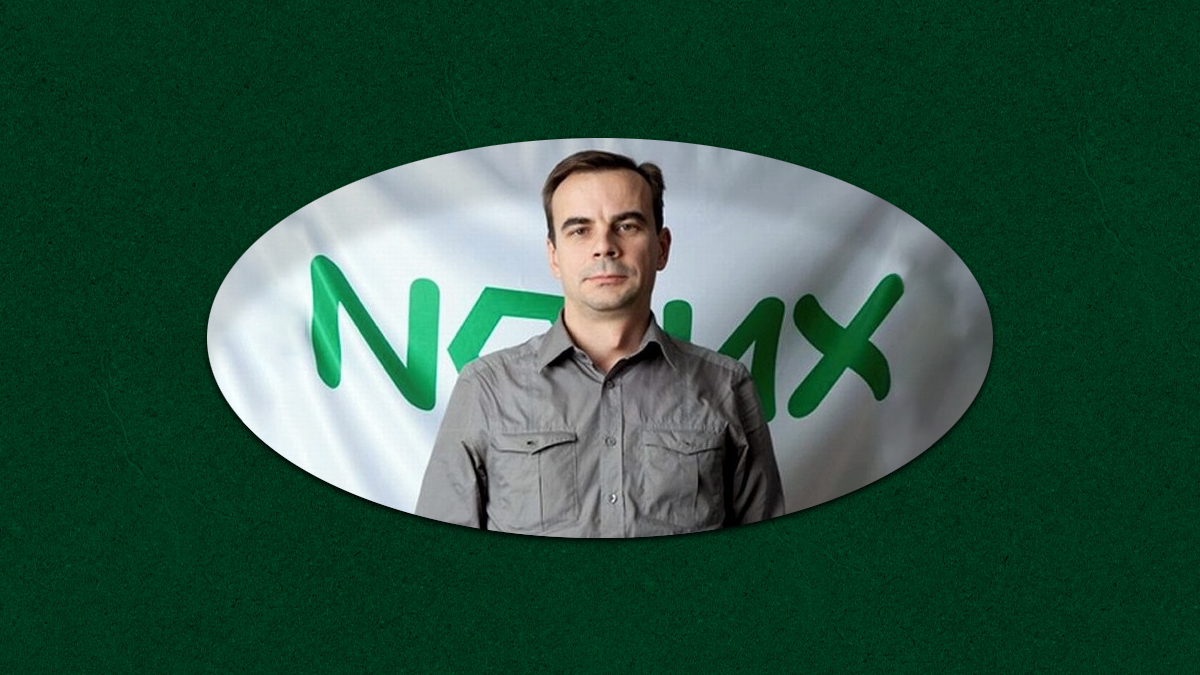 Igor Sysoev, the founder of Nginx, leaves the project after 20 years of work on it. This article tells about the history of the creation and development of the server, significant shareholders, the repurchase of the platform and the reasons for Igor’s departure.

There are significant changes in Nginx: the project will continue to work without its creator, Igor Sysoev. There was no prior announcement of such a decision. Read on to learn how the project developed and about the reasons for the departure of its founder.

Choice of family and friends

The official Nginx blog states that Igor Sysoev is leaving as he plans to take on other personal projects (which ones are not specified). Also, the server developer’s decision was influenced by the desire to devote more time to his friends and family. However, Maxim Konovalov, co-founder of the company, stays in the project and will continue to develop it after Igor’s departure.

“Today, we go our separate ways, and Igor takes a well-deserved rest. But fortunately, his spirit and the culture he created will not go anywhere. In great companies, products, and projects, the DNA of the founder is constant and unchanging,” said F5 top manager Rob Whiteley.

From startup to the world-class web server

Nginx is a web server and mail proxy server. Sysoev started development in 2002 and published the first public release two years later. By 2022, the platform has become the most popular server on the planet, displacing the market leaders. When the project was created, Igor worked as a system administrator at Rambler Group. For three years, when the project had already been launched, he remained in the company’s chief system administrator position. No one developed the project together with Igor, therefore it can be considered a solo work product.

In 2004, the server became publicly available as open-source free software under the BSD (Berkeley Software Distribution license). Nginx was originally designed to run on Unix-like systems. And later, an assembly was created for the Windows operating system.

Third-party developers and programmers did not join the project for a long time. And in 2011, the creator of the service founded a company to promote Nginx more actively. Then Maxim Konovalov, Igor’s colleague from Rambler, joined the business as a co-founder.

Company buyout and searches in December 2019

In 2019, the company faced a new period: in March, Nginx was bought out by F5 Networks, a USA company developing systems for enterprises' IT infrastructure. The corporation estimated the project at about $670 million.

The Nginx brand was preserved, its creators continued working on the project under the supervision of a new employer. Gus Robertson, who joined the project in 2013 and became its CEO by the time of the purchase, also retained his position.

A few months after the merger of the companies, an incident occurred that hit all the major foreign media: at the end of December 2019, the Rambler management claimed its rights to Nginx and initiated criminal proceedings on copyright infringement against Sysoev and Konovalov. The essence of the claim was that Igor launched Nginx as their employee, attracted investments, and founded a separate organization when the tool became popular. On December 12, Nginx offices in the capital were searched. At the same time, the founders of the project and foreign media called these actions an illegal takeover. And most IT specialists have taken the side of open source defending. Rambler eventually dropped the prosecution and terminated the contract with the company that started the case against Nginx on behalf of the holding. Six months later, the Russian Ministry of Internal Affairs closed the Nginx case due to the lack of evidence.

According to W3Techs, by 2022, Nginx captured about one third of the world’s web server market, overtaking Apache and Wappalyzer. For comparison, in 2019 the share of the Russian server did not exceed one fifth of the market, according to Netcraft. Now over 374 million of Internet resources use Nginx (about 40% of sites worldwide), such as Yandex, VK (including Vkontakte and Mail.Ru Group), Netflix streaming service, etc.

← Happy New Year 2022!
Professional Intel Xeon Processors: Are They Just A Whim Or A Necessity? →