Cloud computing combined with the Internet of Things (IoT), Big Data and artificial intelligence (AI) is bringing world markets to the threshold of the fourth industrial revolution.

With the powerful Industrial Internet of Things (IIoT), which optimizes data and troubleshooting, you can transition to the digital economy with a major competitive advantage in the market. In this article Host-Telecom.com addresses the details behind the IoT/ IIoT technology that we use to help your organization reach its full potential.

According to Gartner research, this year the number of network-connected devices will exceed 8 billion, with smart devices outnumbering the Earth’s population. By 2020 more than 20 billion devices will be online, many of which will be engaged in production processes.

Countries that are developing and introducing new technologies, especially in IIoT, benefit from connected "smart" machines that provide accurate data and troubleshooting capabilities for increased efficiency and lower costs with a higher level of quality control in production processes. Now we’ll discuss some of the details.

IoT is not a new technology, but rather the latest iteration in production automation and scheduling. It improves production processes with greater control of "smart devices" and their environment, including temperature and humidity. Smart devices are generally any devices connected to the Internet or to any local enterprise network. Despite its connections and communications capabilities, however, IoT lacks an ecosystem approach and uniform standards and protocols, and suffers from the attendant growing pains.

While connected to the network, the smart device collects data from the environment, transfers it, and obtains information from other devices, sometimes independently making decisions and executing them. For example, a smoke detector senses fire, locates the source and activates extinguishing. An IoT device can be a light sensor in an office or an industrial refrigerator with a built-in temperature sensor that is connected to the IoT network.

Experts at Host-Telecom.com, along with other developers, are currently creating methods to transform products into smart devices. Host-Telecom’s efforts include enabling Big Data with IoT, among other new improvements. Next we’ll take a look at data exchange protocols for both IoT and IIoT.

Data transmissions can be wired or wireless, with wired offering high reliability and connection speed. Wireless enables greater coverage for various highly-mobile devices, from products such as vacuum cleaners all the way to BEAM communication terminals.

Because wireless transmission has no physical restrictions, more devices can connect to the network. However, wired connections are more secure as users must physically connect to the infrastructure. Both connection methods are common because IoT lacks a uniform network, so we’ll take a closer look at the different protocols.

The biggest example of wired connections is calls to the ethernet for data transmission across a local network on copper or fibre-optic cables. Copper cables enable connections for distances up to 105 meters (300 ft.), while fibre optic cable extends up to 200 km.

The ethernet does not use a star-shaped topology for device connections and so offers fast network scaling, high speed data transmission (10/100/1000/10000 Mbit/sec.) and noise resistance. In addition, most devices have out-of-the box ethernet support, allowing more smart devices to use TCP/IP to connect to the network without requiring addition locks for data transmission.

RS-485 is another standard, widespread connection option. It transmits consecutive data between two devices using the minimum three-wire line. Like ethernet-supported devices, many IoT controllers also come with RS-485 support, which can offer increased range and speed compared to the ethernet. The lower the speed, the bigger the range is, extending up to several kilometers. With smaller ranges, speeds increase. RS-485 can also use network telephone connections.

WiFi offers high-speed data transmission and like the ethernet, uses the TCP/IP protocol. However, WiFi is vulnerable to electromagnetic influence and security threats. Hackers within a 100m radius to the network could potentially gain access with a key or other device. In addition, users may experience slow downs and connection disruptions in locations with multiple points of access operating on the same frequencies.

Long Range Wide Area Network (LoRaWan) is an energy efficient network technology that can provide up to 10 years of sensor uptime without additional recharge. It can transfer information to distances ranging from to 2-5 km in an urban environment and up to 45 km across open spaces. LoRaWan can exchange data with adaptive speeds of 0,3-50 kbps, which while low, is sufficient for remote sensors at low poll frequency.

The majority of mobile devices support Bluetooth and can act as sensors and actuation mechanism for the IIoT. In addition, Bluetooth’s recent LE specification (Low Energy, BLE) enables device communication at distances up to 50m. Disadvantages with mobile devices using Bluetooth are low penetration and the inability to geolocate devices.

ZigBee is a specification for applications that require guaranteed safe data transmission at low speeds. It self-organizes and self-restores, expands easily and offers high noise-resistance. It does not require frequency licensing and is energy-efficient as well as highly secure.

In parallel with ZigBee, the Z-Wave protocol, which is supported by the Z-Wave alliance of  300 producers, is a solution for the Smart Home concept. Note that Z-Wave is becoming more expensive  than cable systems when more than 30 devices are connected to the network.

6LoWPAN is another ZigBee relative and uses IPv6 over low-power wireless networks. It is described by the IEEE 802.15.4 standard.

Thread, which is the wireless network protocol based on the IPv6 "hybrid" of 6LoWPAN and ZigBee, has IP addressing and AES encrypting, and like Z-Wave, is specifically for home electronics and building automation.

Sigfox and Neul are energy efficient networks providing up to 15 - 20 years of sensor operation with high penetration and wide coverage at a lower data transmission speed. Neul is proprietary technology while Sigfox is not steady against hindrances.

For projects with limited data, lower-capacity databases such as SQLite and similar alternatives are suitable, as well as simple file data storage. Average database loads can use systems like MariaDB, MySQL and PostgreSQL. Hadoop, NoSQL, MapReduce and similar options are best for Big Data. Now that we’ve discussed connection types and storage,  we turn our attention the IIoT control system.

For Big Data, NoSQL, MapReduce, Hadoop and others are the best options

Each smart device has a sensor that works with its built-in software, but no uniform control system is currently in place to collect sensor signals in a single interface. Without uniform standards, IIoT development can lag.

The ideal, of course, would be to have a well-designed, intuitive interface that shows the current state of the system, smart device location, data transmission times and the status operations that are underway.

While such an interface is unlikely in the near future, the industry is gathering market requirements not only for control systems that run decision-making algorithms, but that also display those algorithms in a highly-readable format. Vendors should soon develop prototype control interfaces that will motivate the industry to settle on standards. And now, we turn to security.

Security is always a paramount issue with network connections. Our advice here is brief but important:

Host-Telecom.com understands the importance of IIoT protocols, the best use of wired and wireless connections, and the importance of security as we enter the 4th industrial revolution. IIoT can really drive your organization’s success, and we can help you implement the right solutions to make a real difference to productivity and your bottom line.

Сontact us today to get started! 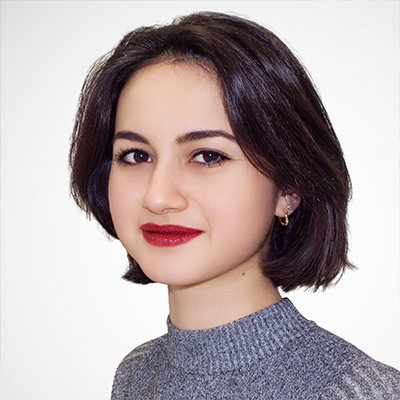 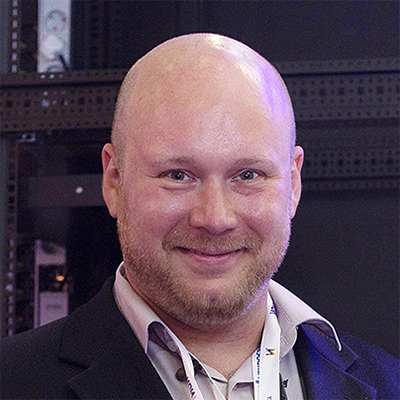 ← Nimble data centre offerings emerge from dust of big players’ 2016 infrastructure demise
Begin your IT Transformation with Host-Telecom.com for the competitive edge →