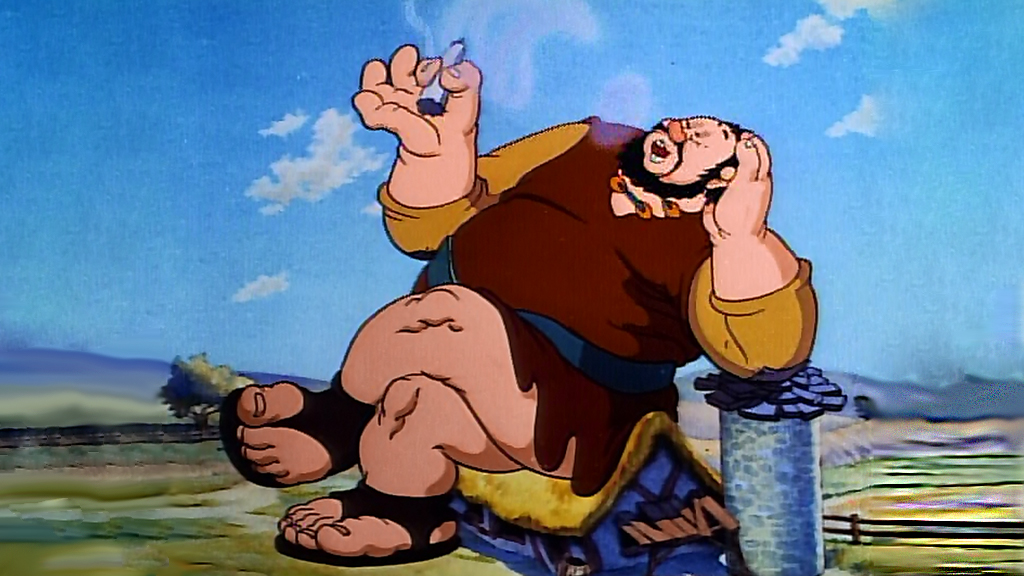 The data centre, the air conditioned Sahara of the technical world, conjures unromantic images of concrete shelters that house searing, frenetic servers with unrelenting cooling to counter their constant activity. That image aside and no pun intended, they’re hot news with major players and newcomers making decisive moves to either offload their related data centre efforts or take them on as a core business.

As a growing infrastructure provider in Europe, the U.S., and Russia, Host-Telecom.com now looks back at the major changes for the industry in 2016 and the implications for the data centre in 2017.

From Netflix’s complete data centre transition to Amazon Web Services (AWS), to HPe’s OpenStack software asset transfers to SUSE, to Cisco’s cancellation of its major investment in Intercloud Services (CIS), data centre drama abounded. Some developments earlier in the year foreshadowed the changes to come, with Netflix being an early harbinger.

Netflix goes AWS all the way

In January, Netflix, an early adopter and loyal AWS customer for the past seven years, turned the last vestiges of its data centre activities over to the cloud services giant. This milestone marked Netflix’s successful transition of its entire data centre infrastructure to the cloud to handle everything from video streaming to customer data.

“Moving to the cloud has brought Netflix a number of benefits,” said Yury Izrailevsky, vice president of Cloud and Platform Engineering at Netflix. “We have eight times as many streaming members than we did in 2008, and they are much more engaged, with overall viewing growing by three orders of magnitude in eight years.”

In addition to the Netflix news, AWS continues its growth in Europe, and on schedule, too.

AWS, along with IBM and Microsoft, expands its European presence

After announcing in 2015 that it would launch a data centre in the UK in 2016, AWS did exactly that with its Europe (London) region becoming available in mid-December, joining its Ireland and Frankfurt locations which came online in 2007 and 2014, respectively. However, tools such as Lambda and machine learning services are not yet available, nor are AWS’ managed enterprise mail, file storage, sharing, or virtual desktop services. But with the new data centre, AWS now has sixteen operating regions worldwide, serving more than 190 countries.

Meanwhile, some of the bigs back off of cloud infrastructure

With the growth and announcements of new infrastructure investments, however, came some startling news from some of the other major players in the industry. We’ll start with HPe.

In a significant move, HPe made major changes to its cloud and data centre infrastructure, spinning off its non-core OpenStack Infrastructure as a Service (IaaS) and Cloud Foundry Platform-as-a-Service (PaaS) cloud assets to SUSE in a deal with its parent company, U.K.-based Micro Focus. HPe retains 50.1% ownership in the merger and has named SUSE its preferred open source partner for Linux, OpenStack, and Cloud Foundry solutions.

HPe CEO Meg Whitman stated that the move is in support of a pivot to software-defined technology and a realignment of its portfolio around networking, storage, and data centres. HPe will use SUSE’s OpenStack IaaS and Cloud Foundry PaaS in HPe Helion OpenStack and Helion Stackato to take advantage of developments in the rapidly changing data centre infrastructure.

While it’s early days and the strategy of this deal has not had a chance to play out, the moves highlight both the necessity and the challenges of a nimble, customer-centric data infrastructure. SUSE has a long relationship with HPe beginning in the early days of Linux and seems a natural choice as HPe consolidates cloud efforts.

Of course, the big data centre news at the end of 2016 was Cisco’s announcement that it was shutting down its OpenStack-based CIS, which was to enable partners’ cloud services and provide easy workload transfer between data centres based on Cisco hardware.

When announcing more than thirty new CIS partners in September 2014, Rob Lloyd, president of development and sales at Cisco, highlighted the project’s importance to cloud and to customer choice of vendor solutions, one of OpenStack’s touted differentiators. He stated that, "The lack of ability to connect public clouds, and to move workloads and associated policies between clouds, coupled with an inability to manage public and private clouds together as a single capability, prevents IT organisations from buying cloud services from any vendor they choose."

Supported by Cisco’s $1B investment in the technology, CIS partners included Deutsche Telekom, as well as other telcos, channel partners, and cloud service providers. By 2015, CIS had plans to rely on 344 partner data centres, provide six of its own, and offer services from 35 IaaS partners. Then the worm began to turn.

After the costly investment in CIS,  Cisco released software and services to help customers move to their own internal clouds or ones from other public cloud providers in September of last year.

By mid-December, according to a report by The Register, Cisco’s VP of Cisco Cloud Platform and Services Kip Compton announced the demise of CIS in an internal email where he is quoted as saying, "Today we are taking an important step to better align our resources so that we are well positioned to execute on Cisco’s Cloud Strategy.  Effective March 31, 2017, the CIS multi-tenant hosting platform will be shut down and all tenants fully migrated to other platforms."

Compton noted Cisco’s changed focus to "Enterprise Hybrid Cloud and SP Network Function Virtualization." Remarking that the investment in CIS did not support the company’s (new) cloud strategy, he stated that, "All of our efforts need to align to advance that strategy so that we can deliver competitive offers to our customers in these critical spaces."

Infrastructure drama didn’t start in 2016. Dell killed its OpenStack and VMware public cloud strategy in 2013, followed by Rackspace’s repositioning itself as a cloud managed services provider in 2014, while essentially abandoning the hyper-scale public cloud market to competitors such as AWS, Microsoft Azure, and Google. The rising tide also caught HP Public Cloud in its wake.

As for the events of the last year, even prior to HPe’s and Cisco’s recent cloud infrastructure announcements, Verizon killed its public cloud service in early 2016, ceding the market to AWS, Azure, and to some extent, Google Cloud Platform.

The size of these major players made it difficult for others to compete with them when offering compute services by the hour. But where some met pain, others sensed potential.

Leaping into the breach

To put it mildly, not everyone is fleeing the data centre space. Strategic deals and developments in 2016 could bear major data centre fruit for those investing their interests with clear focus on infrastructure.

At the end of 2016, Redwood City, California-based data centre player Equinix agreed to acquire 24 of Verizon’s data centre sites for $3.6B. With sites in 15 metro areas in both the U.S. and Latin America, Equinix will expand to 175 data centres as it moves to expand its markets in North and South America.

In the deal expected to close in mid-2017, Equinix takes over Verizon’s Miami data centre, which handles network traffic between the U.S. and Latin America, allowing Equinix to support North American companies looking to break into Latin American markets. In addition, Equinix acquires a strategic data centre in Virginia managing U.S. federal IT infrastructure. Along with these sites’ strategic importance, they generate more than half the $450M annual revenue of the 24-site acquisition.

In a rather scrappy deal, last November BC Partners and Median Capital agreed to a joint venture in which they will acquire CenturyLink’s 57-data center colocation business. Included is CenturyLink subsidiary Savvis and its managed hosting and cloud services, which provides more than 2.6 million feet of floor space around the world, leasing the majority.

Explaining CenturyLink’s strategy in offloading its colocation services in a quarterly earnings call that month, company CEO Glen Post told analysts, “We said that, up-front, that we weren’t going to invest heavily in the data centers — that we felt they were a synergistic asset that we could grow with the rest of our business.  However, with the valuations. . . we think our cash flow could be used for investments that can drive higher returns, basically, and drive better shareholder value.”

At Host-Telecom.com, we are also expanding data centre services in an evolving market. Based in the Czech Republic, we serve customers across Europe, the U.S., and Russia with a personal approach to build a tailored infrastructure based on your needs. With a third data centre coming online, we create custom solutions for businesses large and small, working with you one-on-one to deliver the performance you need now, while offering  an infrastructure that continues to support you as your business changes and grows.

With the data centre environment top-of-mind, Host-Telecom.com is active in the cloud community. CEO Pavel Chernobrov addressed the importance of the underlying hardware infrastructure to build and operate cloud solutions at OpenStack Silicon Valley 2015.

Chernobrov maintains that a robust physical infrastructure is the backbone of software excellence. He cites his experience in Silicon Valley as a major influence on his view that hardware and operations expertise is vitally important in an industry that tends to focus much more on software.

Infrastructure has a much longer lifespan than software, he notes, and it’s that infrastructure that enables constant software innovations. Whether the hot new technology centers around mobile services, cloud, online retail, or an as-yet-undiscovered market, Host-Telecom.com’s mission is to create an infrastructure that is ready to support it.

The importance of data centre infrastructure isn’t diminishing, it’s evolving. While some of the big players, such as IBM and Microsoft, are making even greater investments, smaller, nimbler players are working closely to offer tailored solutions for small and medium business customers.

For smaller, more strategically-focused providers such Host-Telecom.com, infrastructure is a major play, rather than an afterthought as cloud becomes a de facto technology. SUSE is perhaps the most obvious example, but that is only for the time being, as other new players become more prominent in the wake of their larger predecessor’s efforts, some successful, some not.

Get started with custom solutions

Even as some larger companies cede turf, enterprise and smaller customers must have their infrastructure, preferably at data centres that meet their specific needs. More targeted offerings from less hegemonic data hosting providers taking up the slack from the giants seems to be the wave of the future. Contact Host-Telecom.com today to get started.

Cisco Plans To Ring The World With 'Intercloud'

Cisco to kill its Intercloud public cloud on March 31, 2017

Cisco moves on from Intercloud, will focus on cloud management instead

Netflix Shuts Down Final Bits of Own Data Center Infrastructure

Why Equinix is Buying Verizon Data Centers for $3.6B 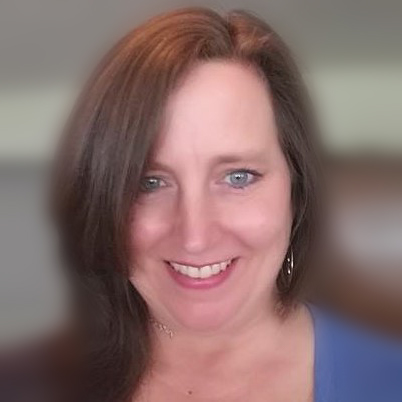 What’s behind the IIoT →